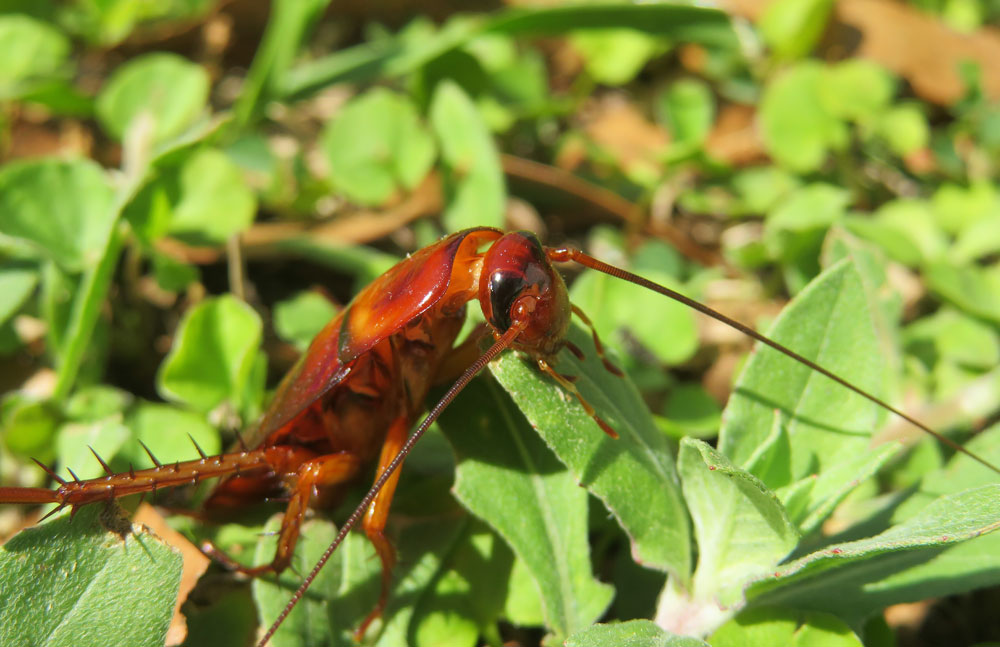 Mature American cockroaches measure two inches in length. They are red-brown in color and are characterized by fully developed wings that completely cover the abdomen. The pronotum (the shield-like area behind the head) has a yellow, halo-like band around its edge. American roach nymphs are 1/4 inch in length when they emerge from the egg capsule, and are initially gray-brown in color. As they develop, they become more red-brown, and the yellow halo on the pronotum becomes more prominent.

American cockroaches are not common pests in most homes. They are abundant in sewers and are often found in large numbers in groceries, prisons, restaurants, hospitals, office buildings and apartment buildings. These insects prefer to inhabit warm, damp locations and are often found in the thousands in steam tunnels and boiler rooms. They are good fliers and can often migrate from building to building on the wing. Each female can produce an average of 60 egg capsules during its lifetime. Each egg capsule is 5/16 inch in length and brown to black in color. The nymphs emerge in about 60 days. They molt 13 times before becoming adults which takes between 285 to 616 days. The adults live an average of 400 days. American cockroaches can become abundant in secluded locations despite their long life cycle because they are long-lived and because the females produce so many egg capsules.

As with other cockroach species, sanitation is very important in controlling American cockroaches. Population reduction is most effective if food materials and harborage areas are eliminated whenever and wherever practical. Large existing populations can be reduced or eliminated with careful application of insecticide sprays, dusts and/or baits.

For more information on American Cockroaches, suggested products and treatment instructions, please visit us at your nearest Pestop location.