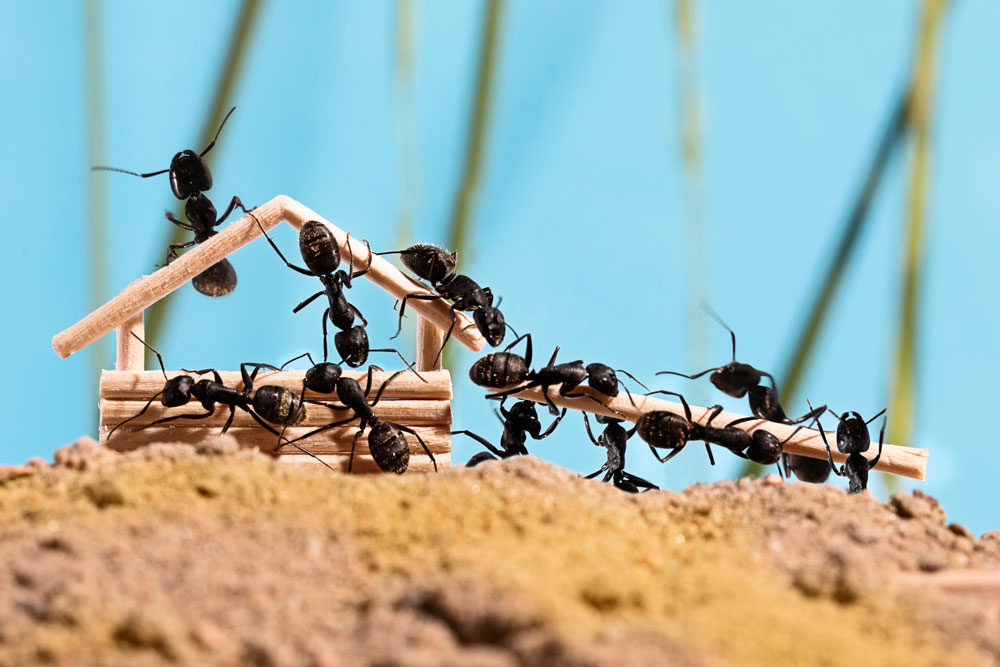 Ants fall into the biological order Hymenoptera, which includes wasps, hornets and bees. There are more than 10,000 known species of ants and there is evidence these colonizing creatures have been around for more than 100 million years. Many species have the ability to sting when alarmed or attacking while others, like the tiny pharaoh ant, are stingless. It is believed some ants use their sense of smell for a number of important functions. Some species are actually able to distinguish one colony from another through olfactory nerves. Ants are known to release pheromones which effectively use the sense of smell to signal alarm, lay trails and attract co-workers to new food sources.

Ant colonies can contain up to 20 million individuals. Females do most of the work, including queen castes for reproduction and worker castes to gather food. The winged males appear on the scene often only to fertilize the queens. Ants usually live in nests of soil or wood, but can create huge nests made up of ants themselves interconnected in a large cylinder. The life cycle of the ant includes the egg, larvae and adult.

Ants are the number one pest problem for homes in most areas of the United States, particularly in the southern and western sections of the country. While there are more than 10,000 different ant species, only a small fraction of these generally trouble us as household pests.