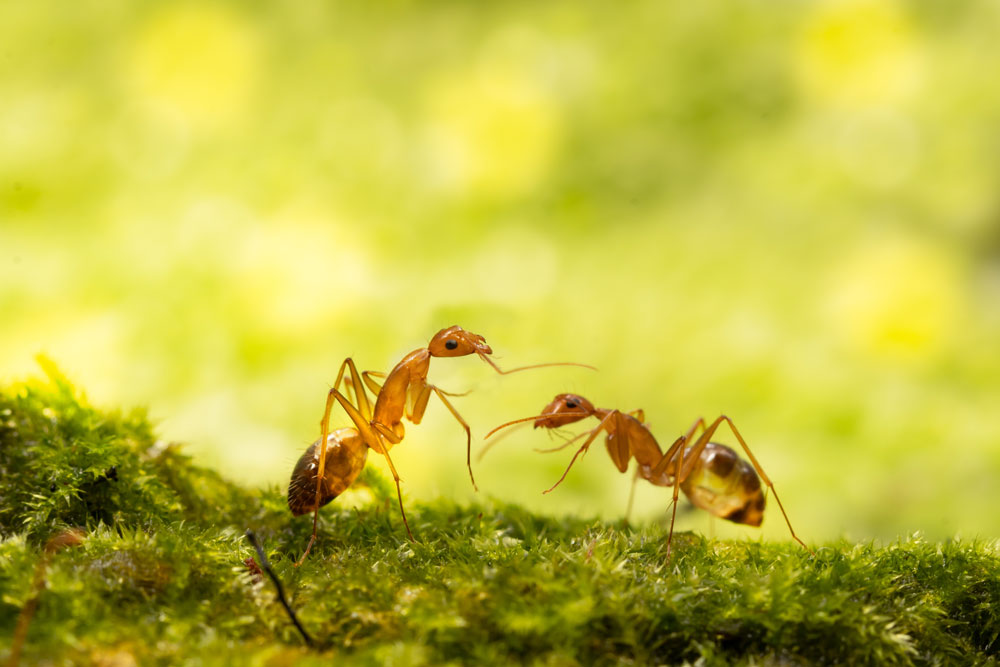 Say hello to the new pest that makes people wish they had their fire ants back: the Rasberry crazy ant. These ants have been swarming in the southeastern portion of the United States since 2002. They have been seen in Houston, Texas, and in southern portions of Louisiana, including Baton Rouge.

Besides Rasberry crazy ant, this ant is also known as hairy crazy ant and Caribbean crazy ant. This ant doesn’t sting and, although it can bite, it’s not as painful as a fire ant bite. The problem with this ant is the sheer number in their colonies and the fact they displace everything in their path, including fire ants.

You will recognize crazy ants because they run around rapidly as if they were crazy, thus their name. Unlike other ants that trail in lines, these ants move around all over the place. So you step into your yard and three to five seconds later you’ve got hundreds of ants on you.

Rasberry crazy ant colonies don’t build centralized nests, but instead create nests under rocks, piles of debris or anything that holds moisture. You can limit this habitat by picking up things in the yard such as tarps or toys and removing debris piles and other likely nesting areas holding moisture.

Unfortunately, there aren’t many effective treatment options for these ants because of their sheer numbers. To date, the most effective treatment is with a topical application of insecticide containing fipronil. According to the EPA, it can only be applied twice per year in 60-day intervals.