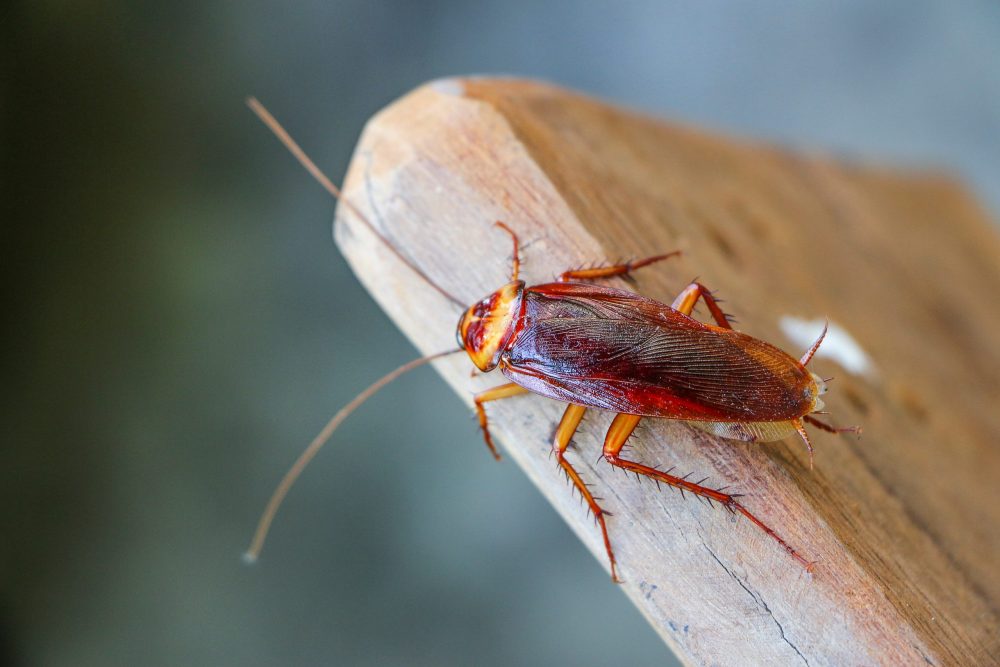 Cockroaches are the most common insect pests infesting homes, food service establishments and other structures. Cockroaches are repulsive and objectionable to most people simply by their presence. They are also capable of mechanically transmitting disease organisms such as bacteria that causes food poisoning. Recently, cockroaches have been found to be an important source of allergy in people, second only to house dust.

The German cockroach is by far the most common roach found in homes. Oriental and American cockroaches usually prefer dark, damp areas such as basements, floor drains, crawl spaces and utility closets.

Cockroaches typically become established in homes after being introduced in grocery bags, with laundry, or in some cases, wandering in from outdoors. Once cockroaches become established, they are prolific breeders capable of producing several thousand offspring in a year.

Cockroaches prefer to live where there is food, warmth and moisture. Since cockroaches flourish where food and moisture are readily available, sanitation is an important step in prevention and control. Empty soft drink bottles, cardboard boxes and paper bags should not be allowed to accumulate. Food containers should be sealed and any crumbs or spillage cleaned up.

Unlike many household pests, cockroaches are prevalent year-round, causing homeowners and businesses to eventually seek some form of control.