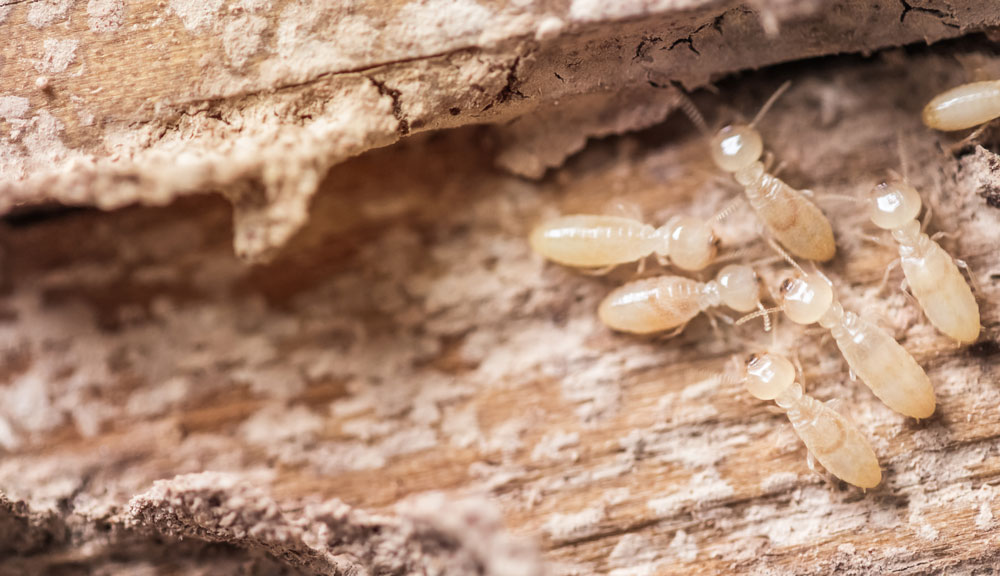 Most termites are the subterranean type and are able to tunnel in the soil. The ability to tunnel allows them to find many separate pieces of wood on which to feed. Since they are not limited to one piece of wood, their colonies can be much bigger than those of wood-inhabiting species. Usually their colonies number from hundreds of thousands to several million.

The mother, called the queen, of a subterranean termite colony is usually quite grossly pregnant. The soil-tunneling termites have a more advanced caste system with true workers. True workers are never able to become alates although they can become soldiers, and sometimes they even transform into special reproductives called ergatoids.

Soldiers of subterranean termites have a gland on the head that secretes defensive chemicals. The soldier jaws are modified in many weird and wonderful ways; they may be sword-like, serrated, toothed, hooked, rod-like, etc. Some soldiers have extraordinary snapping mandibles. In another group, the mandibles are regressed to tiny points while the defensive gland is produced forward as a nose; these are the nasute termites. Many subterranean termites have specialized diets and may eat plant litter, grass, dung or humus, instead of wood. In tropical areas, many subterranean termites build nests or mounds which are among the most impressive examples of animal architecture.