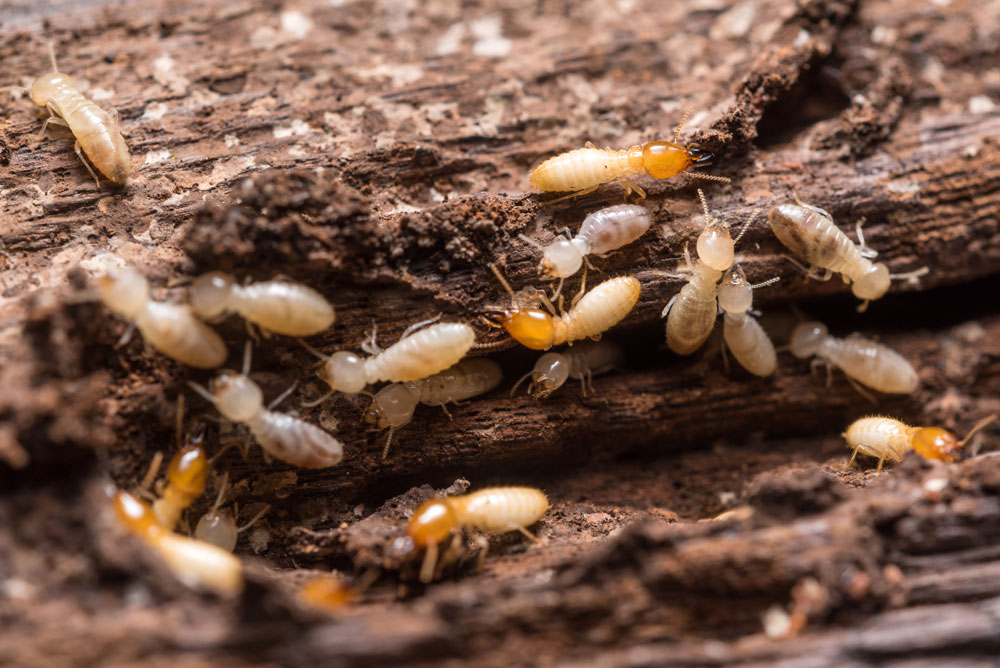 Formosan termite colonies can reach population sizes of over 10 million individual termites. These termites aggressively forage for food and have been found as far as 100 yards away from the main nest. They will repeatedly test chemical barriers and find ways to penetrate breaches in the treated soil.

Formosan termites build large nests within the walls and other enclosed spaces within a structure. These nests serve as residence for millions of individual termites and as reservoirs of moisture to sustain the colony during dry periods. They are also very good at finding additional above-ground sources of moisture, such as roof leaks, window frames, bathtubs and showers. You may be giving termites the moisture they need each time you bathe.

Once established within a building, these nests are difficult to destroy, and drastic measures must be taken to eliminate them. Treatment options include physical removal of the nests by opening the walls, wall treatments with aerosol or foam termiticide applications, and ground barrier applications.

Colonies in New Orleans tend not to fight with each other, and there is growing evidence that colonies share food resources. Colony mixing like this can cause an overexploitation of resources and domination of a habitat by the supercolony.

This termite is an invasive species, as are Argentine ants and red imported fire ants. Invasive species can sometimes escape natural predators and parasites that kept them in check in their native lands.