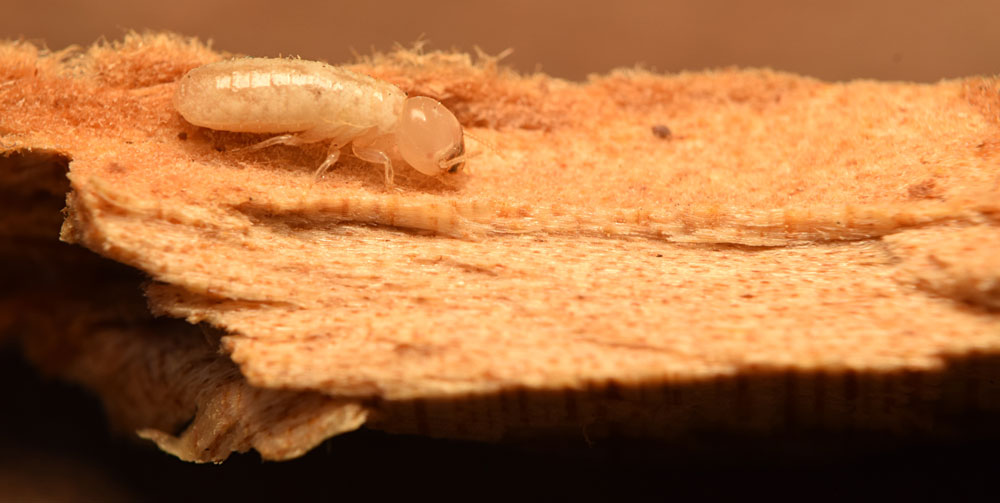 Termites are social insects that eat wood. There are two basic types of termites, those that live entirely in wood, and those that can tunnel into the ground.

The wood-inhabiting termites are the more primitive type. Their colonies consist of excavated galleries inside dead branches or logs. Once the dead wood is consumed the colony dies. Since single pieces of dead wood cannot sustain a very large family, their colonies rarely ever number more than a few thousand termites. These wood-inhabiting termites have a primitive type of caste system. Instead of having true workers they have false workers which are older nymphs who have undergone a regressive molt and that temporarily stay in the nest galleries and help their parents raise more brothers and sisters. The soldiers have enlarged orange heads and long-toothed jaws. The soldier’s main purpose is to defend the colony from termites, mortal enemies, the ants. Most nymphs gradually grow wing pads and then transform into winged termites called alates. The alates fly from the colony at a certain time of the year to start new colonies.