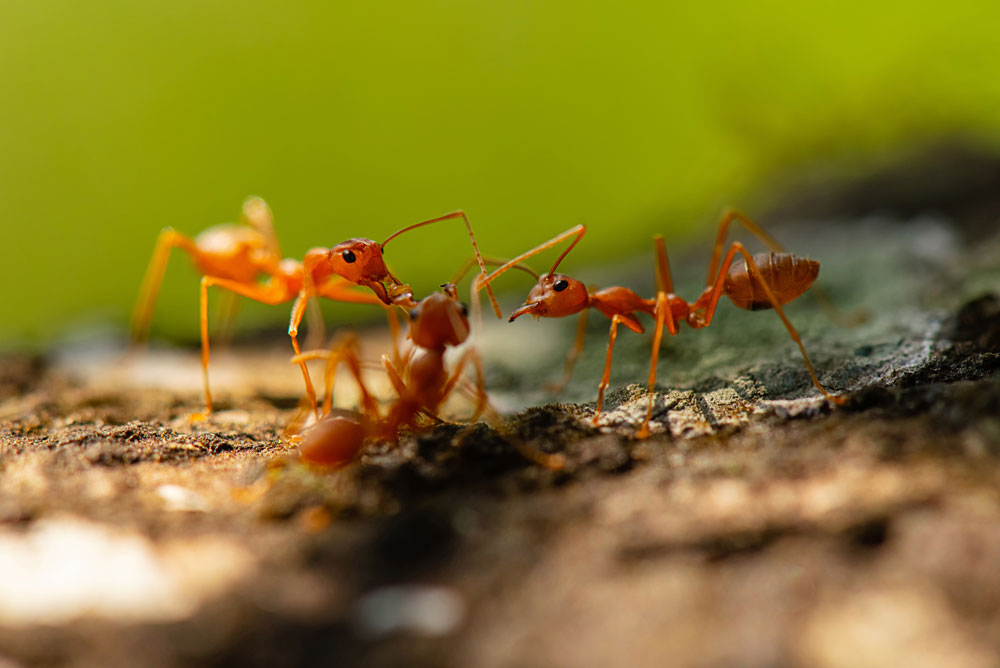 We’ve all heard those stories of a swarm of fire ants taking down a calf or offing a small dog.

But are fire ants really a danger to man and beast?

The short answer is, “yes.”

Fire ants are effective predators. They latch on using strong jaws to secure their prey and inject toxic venom into the unlucky victim by stinging them multiple times.

This allows fire ants to immobilize and kill animals much larger than they…calves and small dogs among them.

Fire ants can also be dangerous to humans. In most cases, humans suffer not much more than red welts and pustules that pop up immediately and clear up after a few days, unless they become infected. But in about five percent of cases—that’s five out of every 100—a human dies from a fire ant attack.

Human deaths from fire ants are typically caused by an allergic reaction to their toxic venom. The throat swells shut, cutting off the air supply. People literally suffocate.

In the U.S., fire ants are typically found in the South. And the main difference between fire ants and regular, everyday, run-of-the-mill ants is their aggressiveness.

We all know what an ant mound looks like. And most of us has kicked an ant mound at some point in our lives, whether intentionally or accidentally. Most ants won’t come after you for destroying their home.

And since fire ants are the only species in North America that sting…if you’re stung by an ant, you can bet your money it was a fire ant.

After being stung by fire ants, pay close attention to any problems that arise. Especially if you are already allergic to bee and wasp stings. Symptoms such as hives, dizziness; cramping accompanied by diarrhea nausea or vomiting; disorientation; trouble breathing; and swelling in your tongue or throat can all be signs of an anaphylactic reaction. Seek treatment from a doctor immediately.

Regardless of whether you have a severe reaction to fire ant stings, you should treat the area with bleach or ammonia diluted with water. This will denature, or in effect, destroy the venom, making it less toxic. You can also use meat tenderizer.

If you have fire ants in your yard, there is no time like the present to go on the offensive to protect yourself, your family and your pets. But with so many insecticides on the market, it can be difficult to choose a course of action.

That’s your cue to visit your nearest Pestop location. We will work with you to determine the most effective products to keep your yard free from these dangerous critters.