Brown Recluse or Black Widow: Which is Your Favorite? 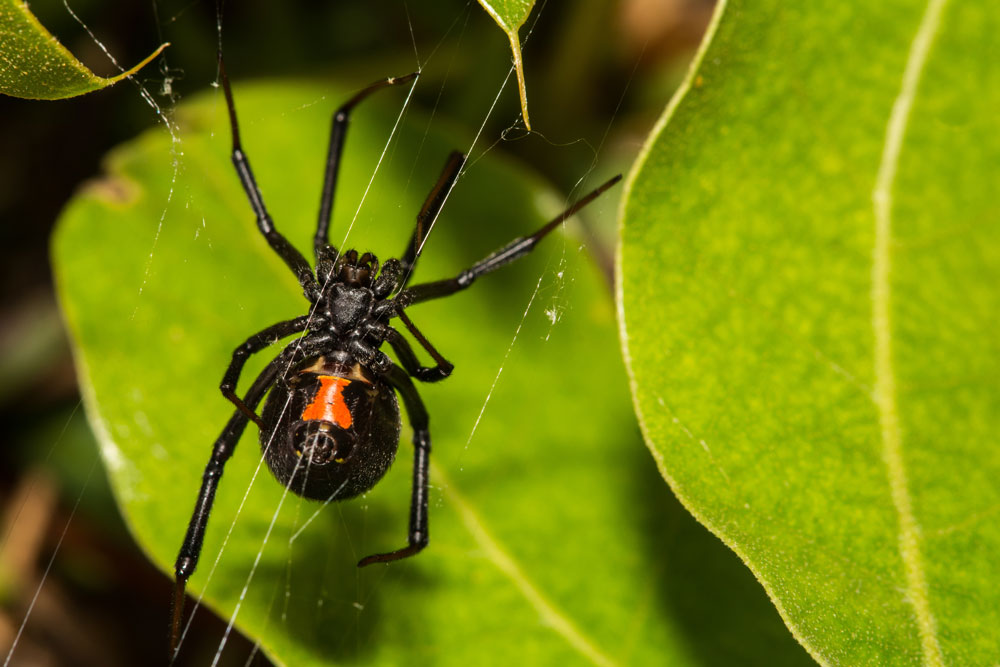 The good news is most spiders in the U.S. are harmless. The bad news is, we’ve got three species that can cause we humans a lot of trouble. The two that most of us are familiar with are the black widow and the brown recluse. The third, the hobo spider, is also not very nice, but we’re not talking about that one right now.

Both black widows and brown recluses are considered some of the most dangerous spider species in the world. Both can be found in the U.S. And both are venomous and can ruin your day.

But there are also major differences.

The black widow, which can grow up to 2 inches long (eek) is bigger than the brown recluse, which usually tops out at less than an inch. Black widows are, you guessed it, black, and glossy, with a red or orange dot on their abdomen. Brown recluses are, again you guessed it, brown, or tan. They are sometimes called “fiddleback spiders” because they have violin-shaped markings where their legs attach to their abdomens.

Geographically, brown recluses are found in the Southern or Midwest U.S. only and are often found in populated areas hiding in closets or beneath piles of cardboard and other materials. The black widow is found all over the world, although they prefer dry climates and often hide under clutter or outdoor materials.

Brown recluses prefer living in warm, dry, dark places. Indoors, you will find them in areas that are largely undisturbed—in boxes and unworn clothing and shoes, in corners and in areas like your attic, crawl space or closet. Outdoors, they can be found lurking near woodpiles and utility boxes, under bark and in around rocks and rocky areas.

If you are unlucky enough to surprise a black widow, especially one who is guarding eggs, she will gladly sink her fangs into you. She might actually lunge at you if threatened—the stuff of nightmares. Brown recluses are much more shy and reclusive—they just want to be left alone. But if you surprise one or trap one against your skin, they will bite you out of fear.

And last but certainly not least, the brown recluse is venomous, and a bite can cause your tissue to die and decay—and no one wants body parts rotting off. Less serious, but equally annoying, a brown recluse bite can cause redness, itchiness, pain, swelling and bruising at the site as well as an open wound that won’t heal, a rash, fever, dizziness, vomiting and chills.

A black widow bite can, in rare cases, finish you off. Less-severe symptoms include difficulty breathing, nausea or vomiting, an itchy rash, severe abdominal pain or cramping, swollen eyelids, stiff muscles that occur within 8 hours or so, excessive sweating, and weakness or tremors, including not being able to move your legs.

Clearly, your life would be much better without a black widow or brown recluse in it. But if you encounter either one of these spiders, carefully smash it. Then make your way to your nearest Pestop location immediately to pick up everything you need to protect you and your family from these scary little critters. We can help!